Hello and Welcome to Morgan Farms!  We are located in Frankfort, Kentucky where we raise Shetland and Jacob sheep.  In addition to sheep, we also raise a very large garden, laying hens, and honeybees.  There is never a dull moment on the farm.  Please feel free to take a look around!

We move the new ram lodge back to Aaron’s.  a new pasture has been fenced off just for them.   The rams will stay there all summer and early fall until the breeding groups are put together. 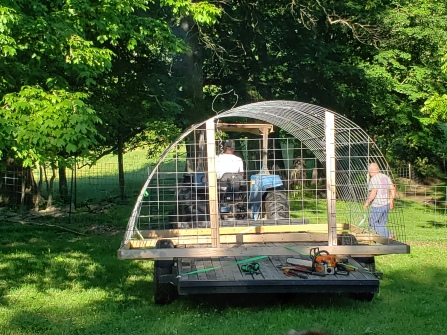 Since the barber shops are closed due to the virus, we ordered clippers.    Phillip, Aaron and Ethan all got much needed hair cuts.  The cuts might not be perfect and it on the job training.   Ethan even got a treat just like at the barber shop.

Aaron loves a camp fire.   I guess he got that from the Boy Scouts.   Last night was a beautiful evening for one.

In March, we went to a friends farm near Morehead.  Phillip helped them learn to shear and Karen and I helped them skirt fleece.   Thanks to Debbie and Stephanie.

Ethan likes to help out around the farm.   We call him our ‘farmer in training’. 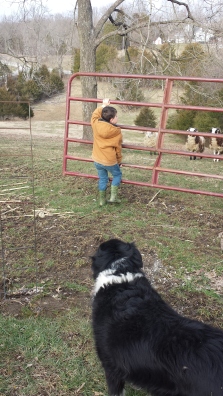 For the past few weeks it has been rainy and gloomy.   This week is no exception.   More rain is in the forecast.   This is what most of the yard and lots around the barn look like.

Andy, the llama, needed some veterinarian attention.   He had developed an abscess on his jaw.   The vet treated Andy for that, trimmed his hooves and trimmed his teeth.   Andy is doing fine. 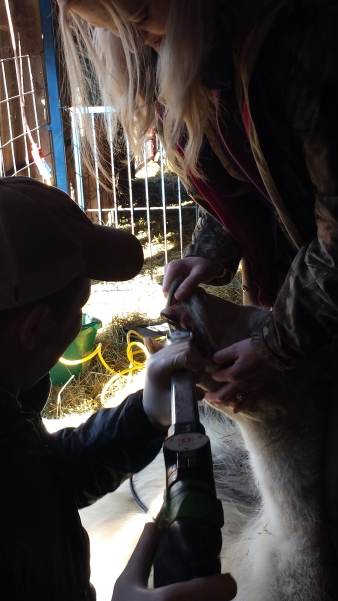 Today is Ethan’s 7th birthday.   He and Aaron went to a UK basketball game tonight.   After school today he requested a special snack, a banana split.

This afternoon I took Anna Claire to the 4-H Livestock Club meeting.   Though she is still a Clover Bud, a novice, it was good for her to attend the meeting.   Next year she will be required to attend the meetings so she can show her lamb.   She and her cousin, Preston, both have been showing sheep and had no problem getting in the pen with the lambs. 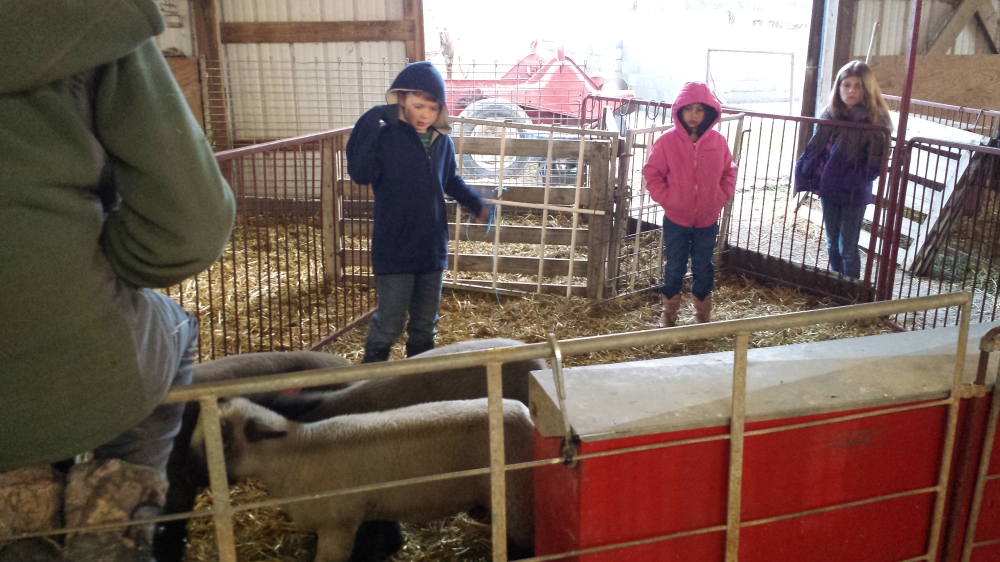 It has been very rainy here the last few weeks.   How rainy…….. even Khole is wishing for some sun.

A couple of years ago we had several fox that raised young on our neighbors farm and a another group that had a den near where Aaron has built his house.    We enjoyed watching them, especially the young.   However they became a brave and would run in the field where the sheep were, run around the barn and even came in the yarn and chased a couple of chickens.   Chesney (the dog) rescued the chicken and chased the fox off.  So Aaron and Ethan went hunting.    This was the result.   What a pretty animal, Aaron decided to have it mounted. 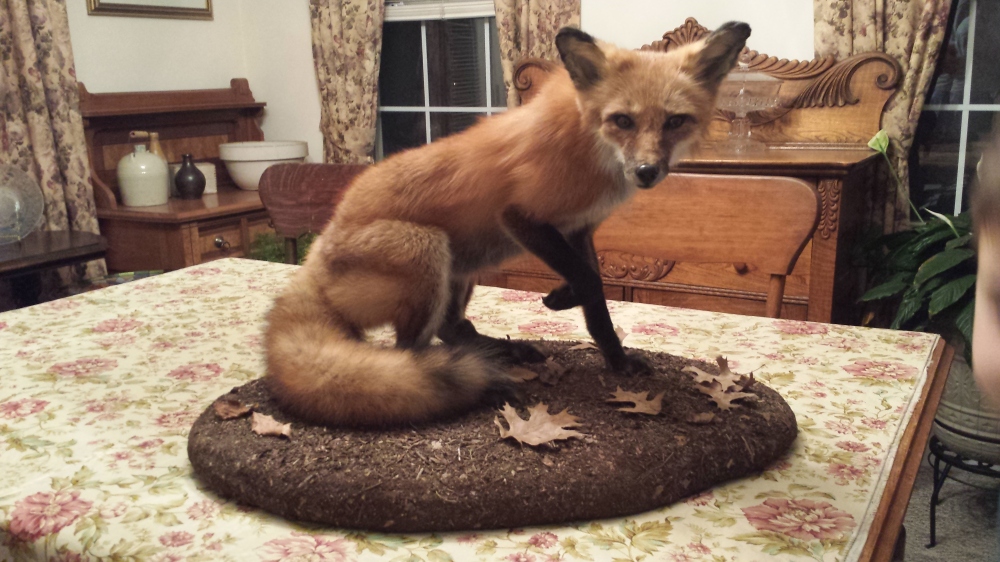 This year we are feeding round bales of hay.   Anna Claire and Ethan found that the rolls were fun to climb on until Anna Claire slipped down in between two and got stuck.  Ethan had to go for help (he took his time, rather unconcerned).  Aaron went to the rescue.  Anna Clarie was pulled out but her boots were stuck.   They were rescued too. 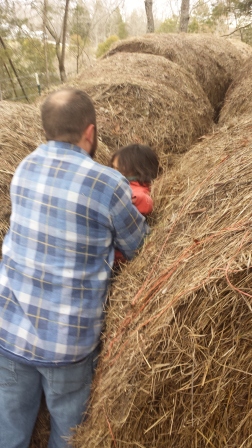